All our Packages for yours Vacations in Costa Rica

Costa Rica Vacations Packages. All services in one place.

Costa Rica Vacations Packages: You can choose between vacation packages for nature lovers that want to see a little bit of all nature or Vacation Packages Specially designed for birdwatching & photography

When you are looking for Costa Rica Vacations Packages for birding and ecotours, we have the answer.

At Hotel de Campo, we like when you enjoy yours vacations in Caño Negro, discovering the Refuge of Caño Negro.

This is the reason we create few different kind of packages, according our guest needs and advise.
When you plan a vacation in Costa Rica, take a look to those packages, and free yourself in Costa Rica.
If you do not find the package that meet your needs, please feel free to write to us, and we will create a custom package.

At the time to choose between these offers, think about what is your major interest to visit Caño Negro Refuge. Just in case you cannot find a Vacation Package that fits your needs, please write to us, explain what are looking for, and we will prepare a custom package for you.

For birdwatcher and/or Photographer

At Hotel de Campo, Birdwatching and/or photography is our prime service. We have been taking birders and photographers coming from every country around the world for many years. The following proposals include most of the services that those clients have chosen.
The most important characteristic of these packages is that tours are private. And packages include a lot of hours of tours. Have a look at those Costa Rica Vacations Packages, and again, if you cannot find the right offer, let us know.

A great quick visit at the Caño Negro Wildlife Refuge, but with up to 8 hrs of birding trip at this precious birding hotspot.

You will be birding for 12+hrs in this gorgeous birding hotspot in Costa Rica. This is the best-selling Vacation Package when it is time to visit Caño Negro.

A lot of birdwatching and photography in Costa Rica. And also spare time to relax. 2 birding hotspots to visit in 1 vacation package: Caño Negro and Medio Queso.

Nature is everywhere in Costa Rica, and also of course in the National Refuge of Caño Negro. Today, Caño Negro Refuge is well-known as a prime birding hotspot. But, Caño Negro is not only about birdwatching. We also have many other species to see. Such as caimans, iguanas, basilisks, sloths, 3 kinds of monkeys, anteaters, and more.
The EcoNature packages are prepared for those people that enjoy being in nature. That Nature Lover who wants to see anything that flies, that swims, that jumps around the Refuge of Caño Negro. Have a look at those Costa Rica Vacations Packages, and again, if you cannot find the right offer, let us know.

Short on time? No problem. With the Easy EcoNature vacation package, you can still enjoy a quick visit to the National Wildlife Refuge of Caño Negro

Not so short on time? The 2-nights Vacation Package is the most sold always. You will have time for a nice boat tour and time for yourself. Do not miss Caño Negro.

Take it easy, and fully enjoy a visit to Caño Negro Refuge. With up of 5 hrs boat tour and plenty of time for yourself, this package is worth it. Sometimes extra is better.

Couldn't find a costa rica vacations packages right for you? Please feel free to contact us, giving us some feedback. We will prepare a custom package just for you. 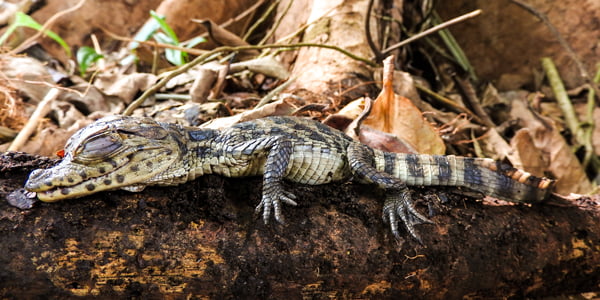 Surfing around the internet, you can find people asking about Costa Rica. We choose a few of those very common questions for you. Let me say, that giving a straight answer is sometimes impossible. This is because often it will depend on your taste. So we will give you some advice, and then you must make your decision.

What is the best time of year to go to Costa Rica?

Let me ask you... What are you looking for? What is your interest about Travel to Costa Rica?

As we are dedicated to nature, birding, and photography, I have to tell you that it doesn't matter where you travel in Costa Rica, nature will be there for you.

So, if you are a birdwatcher and you are looking for specific species of birds, you should check with your local guide. Or visit ebird.org, where you can find all the information about birds, their location, and the best time to see them.

If the weather is an important issue for you, keep in mind that Costa Rica has 2 major seasons, dry and rainy. And between them a transitional season. But these seasons can occur during different months.

The Pacific Coast is characterized by having a well-defined dry and rainy season. The dry season extends from December to March. April is a month of Transition. The driest and warmest month is March. The start depends on the latitudinal location since it starts first in the northwest of the slope and lastly in the southeast. The opposite happens at the beginning of the rainy season.

This period runs from May to October, with November being a transition month. There is a relative decrease in the amount of rain during July and August (we call "veranillo" which means short summer) when the force of the trade wind intensifies.

The rainiest months are September and October, mainly due to the influence of cyclonic systems, winds Monsoons from the equatorial Pacific Ocean, and sea breezes, which are responsible for heavy rains when they join its effect on orographic barriers.

The Intertropical Convergence Zone (ITCZ) is a low-pressure belt located in the equatorial region of the planet, formed by the convergence of warm, moist air. The ITCZ ​​is one of the most influential factors in the Pacific precipitation regime, especially all to the south of the country. It can move until it reaches a part of our territory. The rains occur predominantly during the afternoon and early evening

What is the average cost of a trip to Costa Rica?

This is a very difficult question because it really depends on your tastes: Which hotel category are you looking for, if you are renting a car or traveling by bus, the activities would you like to do... and so on.
But let's say, statistics of average vacation, with middle-class hotels, local restaurants, and most commons activities, it will be about $85 - $125 per night per person.

Is it cheap in Costa Rica?

No is not! Even if Costa Rica is part of the pour Latin America country, that doesn't mean is a cheap country. It is difficult to say how much you will spend, but an average vacation according to the government statistic with middle-class hotels, local restaurants, and most commons activities, will be about $85 - $125 per night per person.

Why should you book a vacation package to Costa Rica?

Normally because when you choose a vacation package you will receive a special price. Also because you forgot to worry about scheduling activities, looking for hotel, and so on. Just enjoy your vacations.

When is the cheapest time to go to Costa Rica?

Prices in Costa Rica are stable year around.
But, if you travel with cash, and you make reservations directly with the service provider, you can probably receive a better price all year round. This is because travel agencies charge commissions. Direct reservations are always the best and cheapest way to travel to Costa Rica.

Can I travel to Costa Rica right now?

Yes, you can!. Just buy a ticket, and travel to Costa Rica.

How much does a Costa Rica vacation package cost?

When should you book a vacation package to Costa Rica?

As soon as possible, especially if you travel during the high season (November to April).
But if budget is a major issue for you, try to travel to Costa Rica during the low season (May to October)